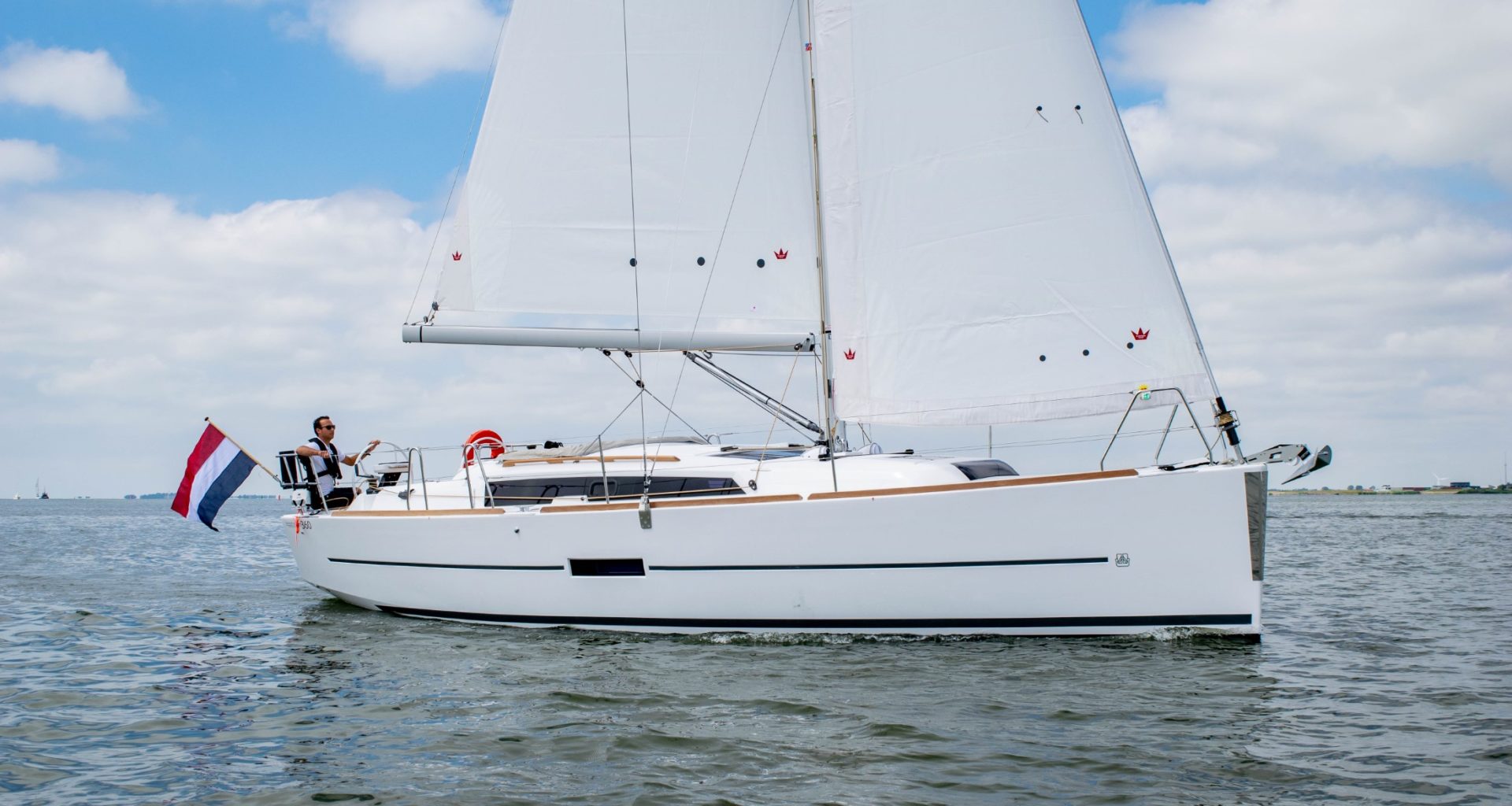 Discover the luxury of large yachts in this 10 m sailboat, the DUFOUR 360 Grand Large….

The hull of the Dufour 360 Grand Large has been designed to offer the best balance between sailing feeling and space, both outside and inside. The optimisation of the rudder, the recoil master and the pronounced bilge, ensure great stability whatever the speed.

The Dufour 360 Grand Large is the first model in the range to benefit from the new Grand Large 3.0 roof design inspired by the standards of top class yachts. In addition, and in order to align the 360 with the other Grand Large models, the rear of the cockpit is now closed to improve navigation safety and comfort at anchor. The helm station has been completely redesigned, new columns and consoles improve movement in the cockpit.

The traditional downhill door has been replaced by an elegant swing door.

The helm station has been completely redesigned to optimize the helmsman universe on the Dufour Yachts 360 GL. The new columns and their consoles, as well as the ideal placement of the rear winches, increase the traffic space and facilitate manoeuvres with a reduced crew.

Mythical event throughout the range, the Dufour 360 Grand Large integrates the essential outdoor kitchen with plancha and sink hidden under the rear seats. We also notice the huge bathing platform offering twice the volume of its predecessor.