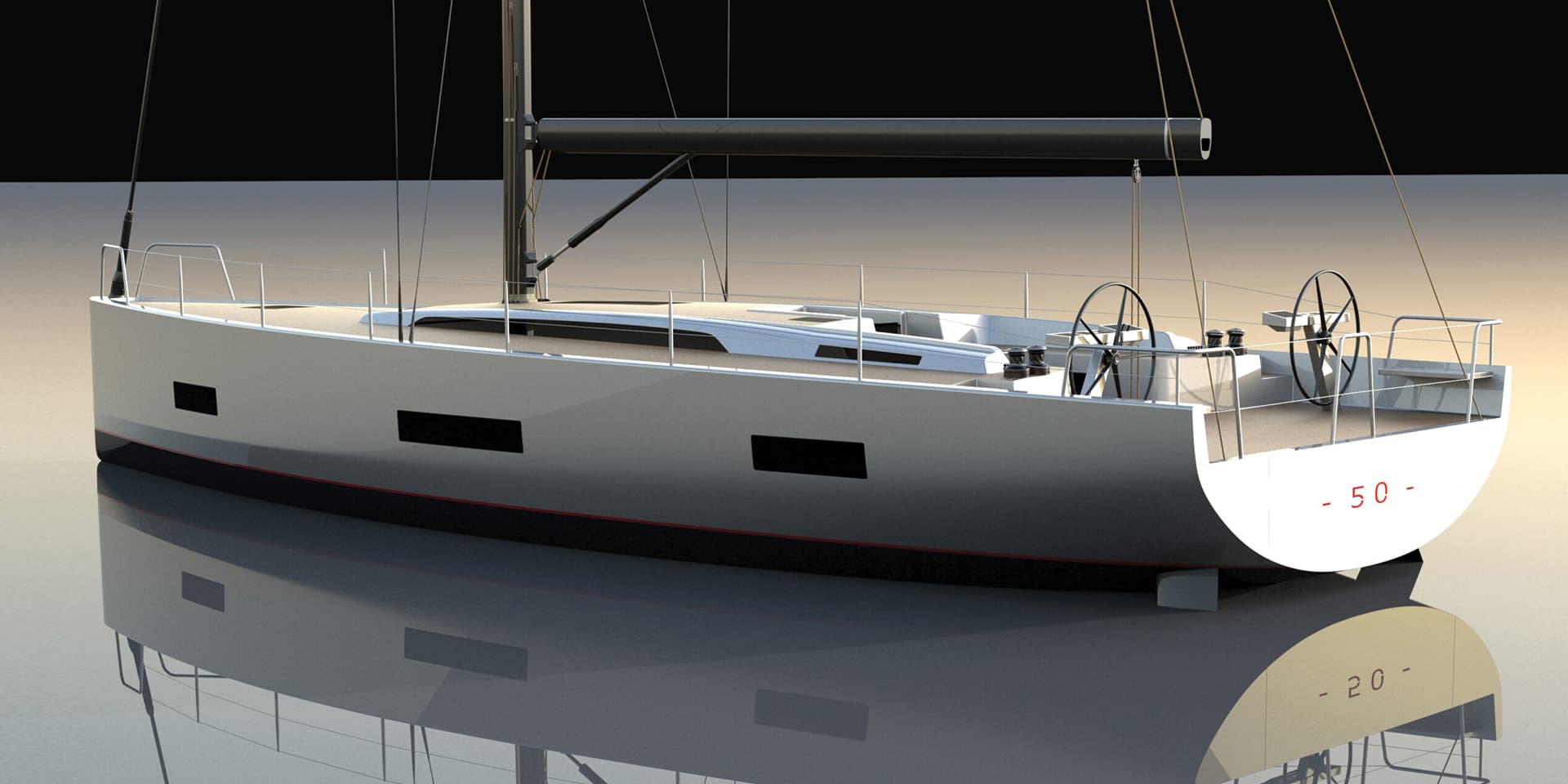 Solaris 50 - A reference at Solaris Yachts

The Solaris 50 was a benchmark yacht, introduced to the market in 2015 by Solaris Yachts. The Solaris 50 was developed using the best of the 48, but with new evolutionary design ideas and using modern technologies. For Solaris, the 50 represents a leap forward for the brand, while retaining the Solaris DNA of quality, seakeeping and performance.

Features available on the Solaris 50 include a functional distribution of deck equipment, with only four winches positioned near the twin wheels, to allow full control from the helm. Also a self-tacking jib, a folding sprayhood, an integrated bowsprit to allow the use of a gennaker or Code 0. In addition, the sail locker is generously sized, allowing the option of a crew berth if required.

Other features include a guest toilet with a separate shower cubicle, and a changing room that drains into the bottom of the shower. There is also a large hydraulically operated tender garage with a large door on the transom that allows the tender to be deployed easily, while the transom also serves as a large swimming platform.

Inside, there are three cabins, a generous and well-equipped galley with ample refrigeration and a choice of options, the Solaris 50 also has the option of a crew berth forward.

Again, with a choice of interior finishes - light oak, teak, washed oak and antique, the craftsmanship, attention to detail and overall quality are as you would expect from Solaris Yachts.